The Revenge of Shinobi digital soundtrack debuts on Bandcamp 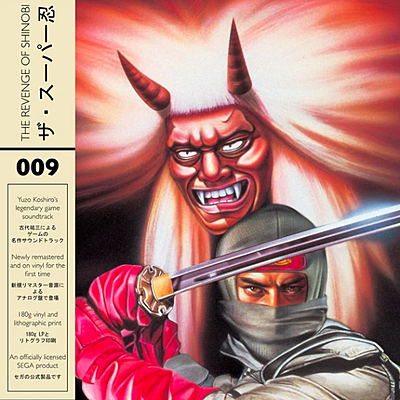 The digital soundtrack is available for purchase through Bandcamp and streaming on Spotify. Remastered music tracks "The Shinobi" and "China Town" from The Revenge of Shinobi are previewed on Data Discs' SoundCloud channel.

The Revenge of Shinobi is presented as a 180g LP, cut at 45rpm and packaged in a 425sgm outer sleeve, with heavyweight inner sleeve and double-sided lithographic print, featuring original artwork sourced from the SEGA archives in Japan. The release also includes exclusive liner notes written by Koshiro himself.

HighScore Records (France) - Revenge of Shinobi (OUT OF STOCK)

I recorded all the tracks directly from PC-88 once again from the ground up. I was really pleased Data Discs did an excellent mastering. https://t.co/chAwi89faV