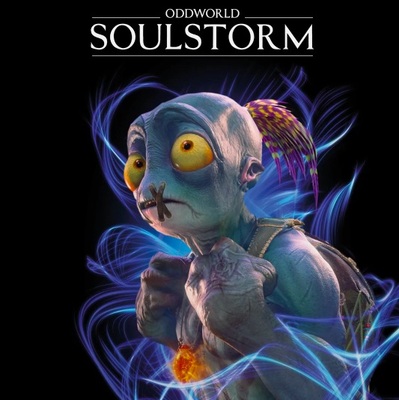 Soulstorm serves as a direct sequel to Oddworld: New 'n' Tasty!, tasking protagonist Abe with rescuing his fellow Mudokons from the clutches of the nefarious Glukkons. The physical release of the Oddworld: Soulstorm Collector Edition and Day One Edition come with the digital soundtrack album and digital art book.

Vinyl soundtrack preorders have opened at distributors Light in the Attic in Seattle and PixelCrib in Melbourne, Australia.

Evolving the platforming genre by adding RPG-lite elements with player agency to play as you like, whether aggressively or passively.

Pickpocket your enemies, loot lockers, sift through trash cans, and find hidden areas to acquire resources. Exchange resources at vending machines to get products that give you more agency in how you chose to conquer the game’s many challenges. Acquire recipes to craft tools and weapons to use against opposing forces or solve problems. Arm your followers and watch the revolution begin.

Join Abe on an almost impossible journey to liberate his fellow Mudokons in Oddworld: Soulstorm, available now on #NintendoSwitch!https://t.co/emcjaHO8qz pic.twitter.com/1Ta19oq405