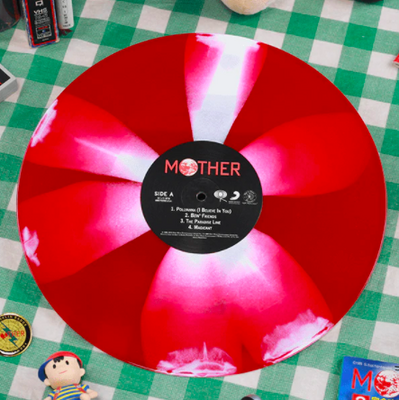 The vinyl soundtrack for MOTHER, composed by Keiichi Suzuki and Hip Tanaka, is currently available for shipping through distributor PixelCrib of Melbourne, Australia. The physical release of the album includes arrangements of "Bein' Friends," "Pollyanna (I Believe In You)" and "Wisdom of the World," along with a medley of original tracks from the influential Famicom console role-playing game.

The album is rounded out by "The Paradise Line," "Magicant," "Flying Man, "Snow Man," "That I Needed (Was You)," "Fallin' Love," "Eight Melodies," and "The World of MOTHER." A crossfade sample is streaming on SoundCloud, courtesy of the distributor.

The Year is 198X. As Ninten, a young boy from Podunk with psychic powers, you must locate the eight melodies to aid the Queen of Magicant. Armed with your trusty baseball bat, you’ll fight crazed hippies, zombies… and the occasional Magic Snail? Find out what’s causing these strange phenomena in the first-ever US release of the EarthBound Beginnings game....