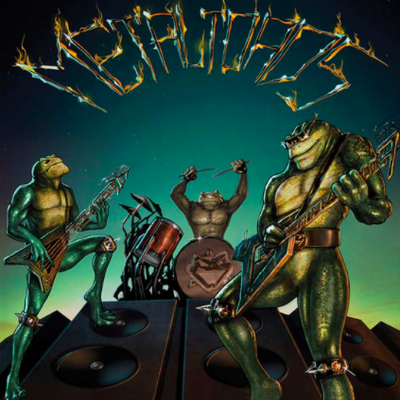 Music from Battletoads appears on the album with permission from Microsoft Corp under mechanical licensing. The digital edition can be purchased through Bandcamp and streamed online on Spotify.

Presented on a "TOADJAM" (Translucent Orange with Black splatter) vinyl, this is a Swamp Shredding recreation of the classic Battletoads soundtrack. Upbeat heavy guitars and synth will carry you through this turbo tunnel of brutal music.