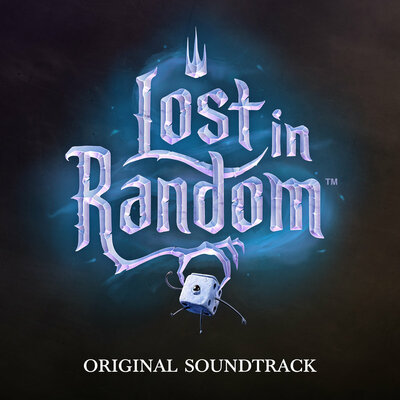 Electronic Arts published Lost in Random as part of their "EA Originals" lineup, arriving September 10th for Xbox One and Series X|S, Nintendo Switch, PS4 and PlayStation 5, and Windows through Steam.

The 95-track digital soundtrack album by Portal Knights composer The Blake Robinson Synthetic Orchestra can be purchased on Bandcamp, bundled with exclusive booklet in PDF format. The music score in two volumes is streaming on Spotify.

Ruled by a wicked Queen, the kingdom of Random is divided into 6 shadowy realms where life is dictated by a cursed black dice. In this story from the award-winning Swedish game studio Zoink and penned by Eisner Award-winning Adventure Time and Marvel Comics The Unbeatable Squirrel Girl author Ryan North, you'll join Even, a penniless girl who's down on her luck, in a dark quest to save her beloved sister. With her companion Dicey, a small and strange living dice, Even must learn to embrace the chaos of Random, uncovering an age-old tale with a modern message.

So thankful for the opportunity to score the music for Lost in Random (out today!). So much fun exploring the themes and sounds and composing for the dark, whacky world of Random. https://t.co/WAUw5Z5iNK