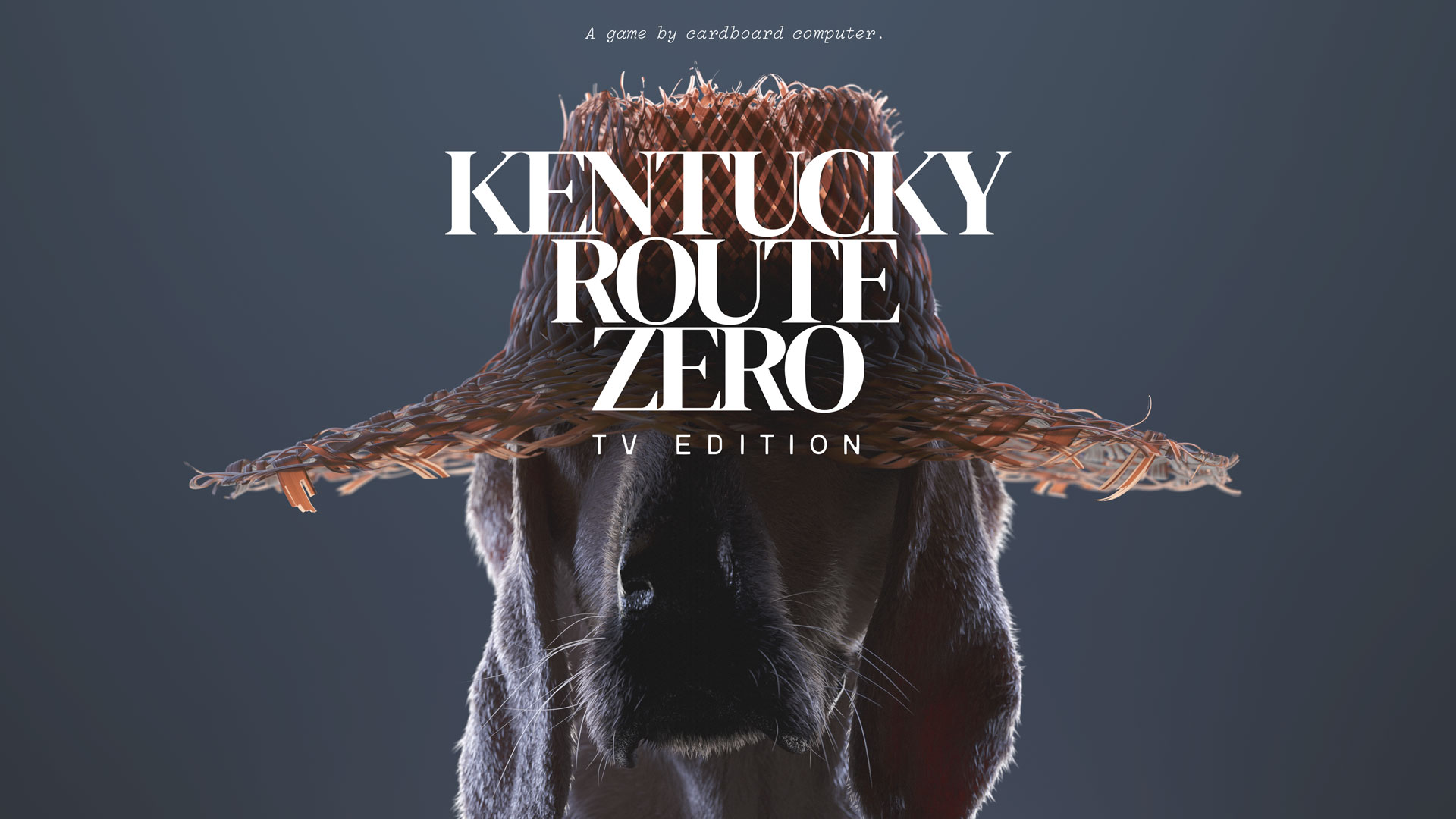 Act I of Kentucky Route Zero introduces truck driver Conway, directed by his employer at an antique shop to deliver items to buyers in Kentucky. On the way to 5 Dogwood Drive via Interstate 65, Conway stops at a gas station to get directions. There he discovers that the only known way to his destination is through the mysteriously designated "Route Zero."

The music score from the TV Edition of the magical realist point-and-click adventure game, developed by Cardboard Computer, features the Bedquilt Ramblers on "Long Journey Home" and "You've Got to Walk," as well as Junebug on "Too Late to Love You," and Emily Cross on "I'm Going That Way." Excerpts are streaming on SoundCloud.

Kentucky Route Zero: TV Edition is a magical realist adventure game in five acts, featuring a haunting electronic score, and a suite of hymns and bluegrass standards recorded by The Bedquilt Ramblers. Rendered in a striking visual style that draws as much from theater, film, and experimental electronic art as it does from the history of videogames, this is a story of unpayable debts, abandoned futures, and the human drive to find community.

We're happy to share that @12minutesgame and Kentucky Route Zero are available to play on iOS and Android through Netflix! Check it out on the app 👀 pic.twitter.com/AEl9qgRIXy