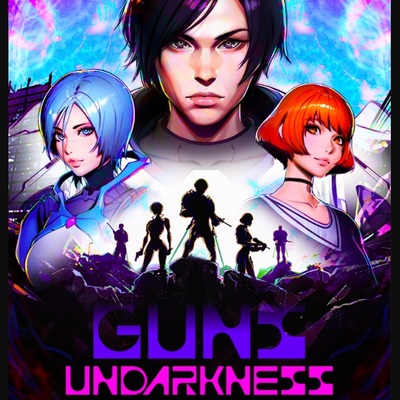 In the year 2045, the world is recovering from a devastating nuclear war instigated by The Thousand Plateaus military regime. The player assumes the role of Commander McGovern, a member of a private military company carrying out special operations, joined by up to three human and android allies. Between battles the BTI Alpha Team holes up in Maroon, an amphibious submarine hideout.

Character design is by illustrator Ilya Kuvshinov of animated series "Ghost in the Shell: SAC 2045." Persona 3 vocalist Lotus Juice will collaborate with Meguro in recording of the game's alternative rock soundtrack. Sample tracks "Thirst" and "Light in the Dark" can be previewed on Kickstarter.

This is a "stealth RPG" from Shoji Meguro, known as the composer and director of the "Persona" and "Shin Megami Tensei" series. In a devastated world after a nuclear war, you become a member of the PMC (Private Military Company) and carry out missions with your peers.

I've started the crowdfunding campaign for my indie game "Guns Undarkness" on Kickstarter!
I'm basically a one-man team and I don't receive any development assistance, so I'm relying on your support.
I would be very grateful for you to check it out!https://t.co/a5RiGCkSII