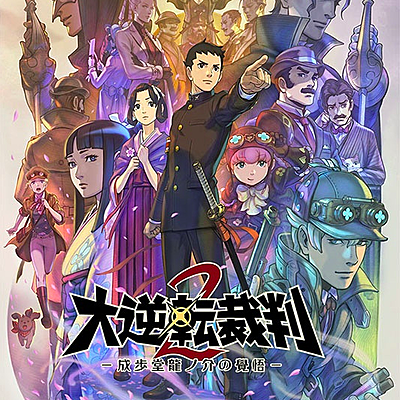 Taiwan’s rating board has issued a rating for The Great Ace Attorney Chronicles for Windows, PlayStation 4 and Nintendo Switch. The rating indicates that Capcom is readying a high definition port of the two-volume Nintendo 3DS historical drama.

The 49-track music score from The Great Ace Attorney 2 is available for streaming on Apple Music, featuring music by Yasumasa Kitagawa, Yoshiya Terayama and Hiromitsu Maeba.