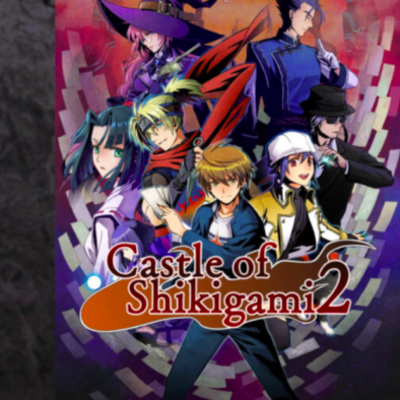 The Castle of Shikigami 2 digital soundtrack is available for purchase on Steam, featuring music by composer Youichi Shimamura.

The vertical scrolling shoot-em-up was developed by Alfa System for the arcades in 2003, utilizing the Sega NAOMI system board. Console ports for Nintendo GameCube, PlayStation 2, Sega Dreamcast and Microsoft Xbox followed shortly after.

The Collector's Edition of publisher Degica's Steam port includes the digital soundtrack together with the game for Windows operating systems. A Nintendo Switch release is planned for 2022.

Players choose one of seven (plus one?) characters, each with different unique abilities, and use their shots, special Shikigami attack, and bombs to destroy the enemy. The unique backgrounds of each character are intricately intertwined, creating an interesting storyline for the shooter.

In between of total five stages, different demos (stories) will be played for each character, and when playing with two players, a completely different story unfolds depending on the combination of characters used, all of which are fully voiced (in Japanese).

Another night, another stream of one of our new releases! Live NOW, Bullet Heaven takes on Castle of Shikigami 2, new to Steam this week!https://t.co/pj2ZnvHxochttps://t.co/CQCNnrDb70