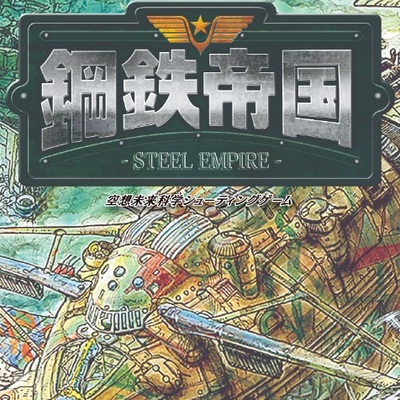 Publisher Mebius Games has announced a port of Steel Empire for Nintendo Switch, scheduled for release in 2023. The upcoming Switch edition is based on the updated resolution and controls of the remaster for Nintendo 3DS and Windows.

Steel Empire is currently available for Nintendo 3DS and Windows through Steam. Konami will showcase the title at the 2022 Tokyo Game Show as part of their parter title lineup. Music for the game is by Noriyuki Iwadare, Yoshiaki Kubotera, and Isao Mizoguchi.

Choose to fly one of two classes of fighter aircraft: the Etopirica (ET-02R), a small and a fast plane, or the Zappellon, a slower but more resistant zeppelin. You fly in only one direction, but you can fire from behind as well as ahead. Levels are divided into a few stages to complete, each with their own boss before moving onto the next level. After a level is complete, you can change your craft, watch a replay, continue the game in your current craft, or save your progress.

During the game there is a certain number of lives and continues at your disposal. Once the health bar is depleted, a life is lost with a play continuing normally. If all lives are used, you can hit a continue, which will restart at either the beginning or midpoint of a stage depending on how far you were. When all continues are expended, the game is over. To increase your firepower, collect powerups such as experience points, health, bombs or additional lives.

Sam & Max: Beyond Time and Space heads to PlayStation consoles