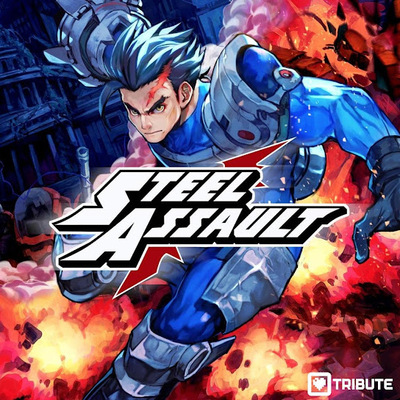 The digital soundtrack for Steel Assault, composed by Joseph Bailey and Luke McQueen, is currently available through Steam.

The 16-bit action platformer stars Taro Takahashi, a soldier on a mission to take revenge against a post-apocalyptic dictator. Developed by Zenovia Interactive and published by Tribute Games, the independently developed title debuted in September for Nintendo Switch and Windows through Steam.

Play as Taro Takahashi, a resistance soldier on a revenge mission against the dictator who lords over the ashes.

#NewonRetroChannel: @SteelAssault. Punch, whip & zipline your way through post-apocalyptic America as you seek revenge against the dictator who lords over the ashes in this 16-bit retro-style action platformer.