Quest for Glory: Shadows of Darkness soundtrack on Bandcamp 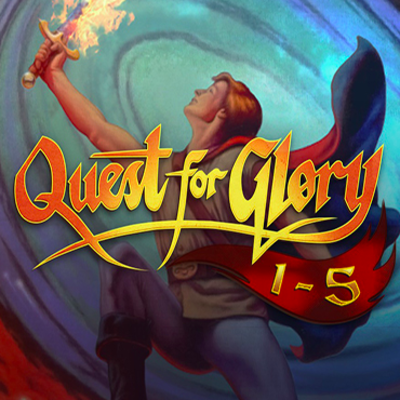 The digital soundtrack to Shadows of Darkness by composer Aubrey Hodges is available for purchase through Bandcamp.

The fourth installment in Sierra On-Line's Quest for Glory role-playing game franchise debuted in 1993 on floppy disc and received a port the following year to compact disc. The 100-track soundtrack album includes the original score and 42 new arrangements.

The Quest for Glory 1-5 Collection is available for Windows operating systems through GOG and Steam.

In the Quest for Glory pack, which contains all five parts of the classic action RPG games by Sierra, you create your own character, choose his class and abilities and then set out on your grand voyage. Quest for Glory games are universally acclaimed as one of the best adventure games ever developed. After completing a part, you can import your character into the next one, keeping your skills and some special rewards you've hoarded, like magic items.

The great Shadows of Darkness, maybe not the most traditional of point and clicks but definitely one of the best, plotwise and with an awesome soundtrack by the one and only Aubrey Hodges pic.twitter.com/6TwJa77M0a