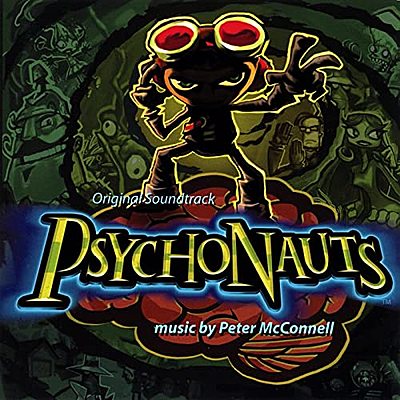 Music from Psychonauts by Grim Fandango composer Peter McConnell is streaming on Spotify. In 2016, publisher iam8bit pressed the original soundtrack to vinyl, featuring album art by Lunar Saloon. Excerpts are streaming on YouTube, courtesy of the developer.

The original soundtrack includes twenty tracks and hidden theme "Emotional Baggage," produced by the composer at The Treehouse Studio. The cinematic score includes 17 background tracks from cutscenes and a remastered medley of themes from the game. The digital editions are also available for purchase through Bandcamp and Steam.

Psychonauts 2 is currently in development at Double Fine and planned for release in 2021 for Windows, Mac and Linux, as well as Playstation 4, Xbox One and Xbox Series X.

A Psychic Odyssey Through the Minds of Misfits, Monsters, and Madmen. This classic action/adventure platformer from acclaimed developers Double Fine Productions follows the story of a young psychic named Razputin.