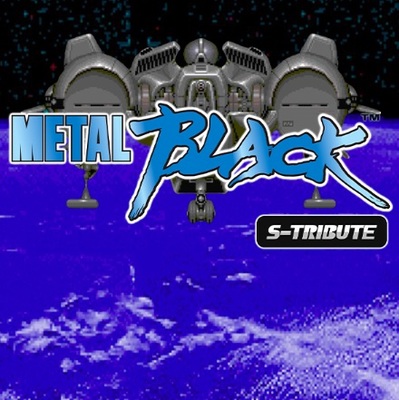 City Connection will bring Metal Black S-Tribute to Nintendo Switch, PlayStation 4, Xbox One, and Windows through Steam, starting February 2nd. Taito's scrolling shoot-em-up was developed for the company's F1 System hardware in 1991. Initially intended to be the third installment in the Darius franchise, Metal Black pits the pilot of the CF-345 Black Fly space fighter against hostile cybernetic aliens, dubbed the Nemesis.

Metal Black S-Tribute is based on the Sega Saturn port, utilizing the Zebra Engine for emulation. The title's numerous features include a rewind function, speed slowdown mode, quick save and load, online ranking, unlimited credits option, and stage select.

Music for the game is by Yasuhisa Watanabe of Zuntata. In 1997, Taito published a twelve-track arrangement album titled "Metal Black: The First," currently available for streaming on Spotify and Apple Music. Excerpts are streaming on the Zuntata YouTube channel.

Level up your beam by grabbing the power-ups floating on screen called NEWALONE (round molecules colored red, blue, and yellow). There are five levels (the highest being MAX) to power up your shots.

This is the first announcement for 2023

Steam store pages are now available!
Be sure to check it out and add it to your wishlist👍 pic.twitter.com/irZUjR7W2O