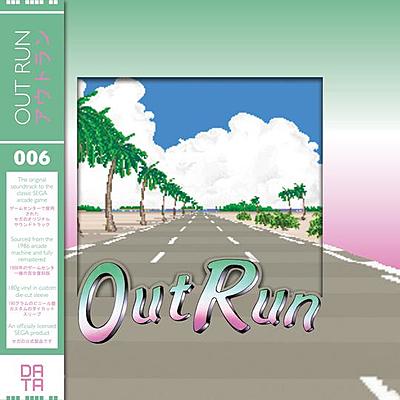 The digital soundtrack can be purchased through Data Discs' Bandcamp page, remastered for digital distribution by Shaun Crook at Lockdown Studios in London in January of 2022. Sega's digital soundtrack album "Out Run Original Soundtrack" is available for streaming online on Spotify.

Originally released in 1986, OutRun remains one of the most recognisable arcade games ever made. The music, composed by renowned SEGA Sound Team member Hiroshi “Hiro” Kawaguchi, was a triumph of imagination and creativity, showcasing a fusion of styles and influences, all ingeniously and inexplicably condensed into the confines of an eighties arcade board. The music was so integral to the game itself, that it is now difficult to imagine OutRun – or, indeed, the history of arcade music – without the enduring charm of Hiro’s soundtrack.